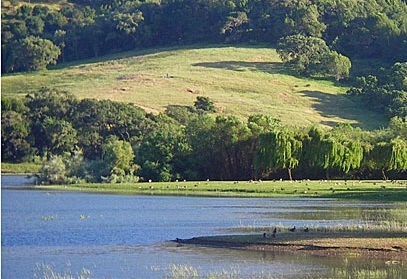 As we experience our third year of drought, many community members are concerned that we won’t have enough water to serve existing and new development in the future. A White Paper on Water Availability and Conservation explores these issues and concludes that yes, there is adequate water for both existing development and the small amount of new development we are projecting in our General Plan Update. The report also examines projections on the possible effects of climate change on our long-term water supply.

The Novato Municipal Water District (NMWD) receives 80% of its water supply from the Russian River, with additional water supplied by Stafford Lake and, to a smaller degree, the recycled water facility. The report finds that the large water supply storage capacity in Lake Sonoma (245,000 acre-feet) has allowed us to “weather” three years of significant drought (in June 2014 the reservoir was at 73% of its capacity). In considering climate change, projections suggest there will be greater extremes in rainfall – years of above normal rainfall and successive years of drought. The large capacity of Lake Sonoma, which would replenish in wet years, should allow Novato and southern Sonoma County to survive multiple years of extended drought.

Water demand has been decreasing over the last few years and is substantially less than what the Water District had projected back in 2010. In fact, the Water District has already met its State-mandated goal to reduce per capita water use by 20% by 2020. The decrease in water use is due to both a lack of new development and greater conservation. NMWD’s conservation programs and rebates appear to be effective, as are new building codes requiring higher-efficiency fixtures and limiting potable water used for irrigation.

Both the Planning Commission and City Council accepted the report in June 2014, concluding that:

As a result of these conclusions, no additional options presented in the white paper were deemed necessary at this point.