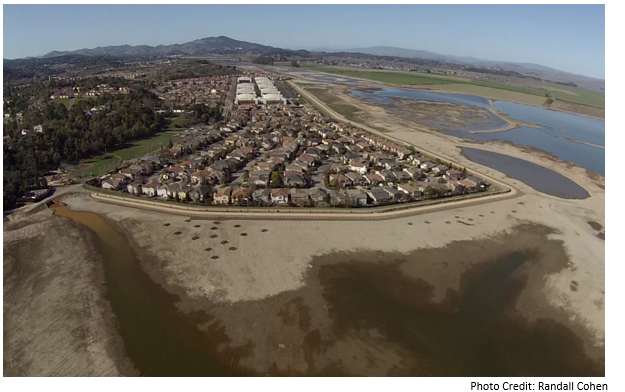 The San Francisco Bay is vulnerable to a range of natural hazards, including storms, extreme high tides, and rising sea levels resulting from global climate change. Flooding already poses a threat to communities along the Bay and there is compelling evidence that these risks will increase in the future. As temperatures increase globally, sea levels are rising because ocean water expands as it warms. Additionally, water from melting ice sheets and glaciers flows into oceans and causes water levels in local bays to rise. Sea level in the San Francisco Bay has risen 8 inches over the last century, and scientists predict sea level will rise another 11 inches or more in the San Francisco Bay by mid-century. The Sea Level Rise and Adaptation White Paper explores Novato’s areas that are at risk for inundation from sea level rise and details actions the City could take to plan for and adapt to rising tides.