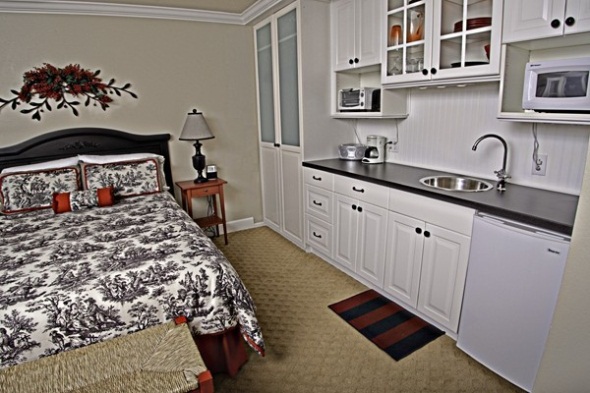 Accessory dwelling units, sometimes called “second units” or “granny units,” are an important source of housing, but creation of legal accessory dwelling units is often constrained by zoning requirements and fees. In Novato, second units require an off-street parking space in addition to the parking required for a single family home. Fees are also a deterrent. Despite the fact that the City cut its permit and impact fees in half last year, fees can total up to $40,000 to develop a new second unit. Water and sewer district fees, which are not controlled by the City, total $26,000 alone.

Water and sewer districts throughout Marin seem willing to consider reduced fees for junior second units, but they have asked the cities and towns to adopt new zoning regulations prior to requesting reconsideration of fees by the utilities. The Novato Fire Protection District has expressed a willingness to not automatically require installation of fire sprinklers in conjunction with the creation of a junior second unit.

The City is considering adding a program to the updated Housing Element to allow the development of junior second units. City staff believe creating new opportunities for junior second units could increase the number of accessory dwelling units in Novato, which are currently being developed at a rate of less than one unit per year. Surveys show that second units are affordable to lower income households – indeed, many are “rented” to family members free of charge – and therefore count towards the City’s lower income Regional Housing Need Allocation.

Planning staff have prepared a white paper that discusses the Junior Second Unit concept and possible development standards for these units. The Planning Commission heard the white paper, along with the draft Housing Element, at its June 2, 2014, meeting, and the City Council heard this issue on June 10, 2014.