Sales of 100% electric vehicles increased by 86% in 2017, with many more affordable options coming off the production line. Healthy State and Federal tax credits for clean energy vehicles, coupled with a rapidly growing network of EV charging stations makes it an ideal time to electrify your ride! Visit one of our local dealers for a free test drive. The City of Novato is committed to supporting the adoption of electric vehicles and has installed over a dozen charging ports throughout the City with more to come.

The Sonoma-Marin Area Rapid Transit (SMART) commuter train is up and running, and is a great alternative to sitting in traffic. SMART currently runs between the downtown San Rafael Transit Center and the Sonoma County Airport with plans to extend to Larkspur to the south and Cloverdale to the North. There are two operational stations in Novato (Hamilton Station and San Marin Station), with plans for third stop in Downtown Novato. Visit the SMART website for the train schedule and fare information.

Hop on the Bus

Novato is the proud home of a new and magnificent Bus Depot located on Redwood Avenue (between Grant Avenue and De Long Blvd.). This transit hub serves hundreds of passengers every day that are taking local trips but it also serves as a central connection to buses headed to other parts of the Bay Area. The Depot is serviced by both Marin Transit and Golden Gate Transit.

Do the Two-Step or Two-Wheeled Commute

Riding a bike or walking is a healthy, clean energy option for getting around town and Novato has an extensive network of bike lanes and sidewalks with more to come in future years. For more info see: City of Novato Bicycle/Pedestrian Plan - 2015

Cut your commute cost in half by sharing the ride with someone else! Not only can you save money but you can save time since you’ll be able to use the carpool lane during peak hours. Several carpool apps can help you connect with others who are also looking to share the ride. Check out: 511 SF Bay, Waze CarpoolCarma or Scoop. 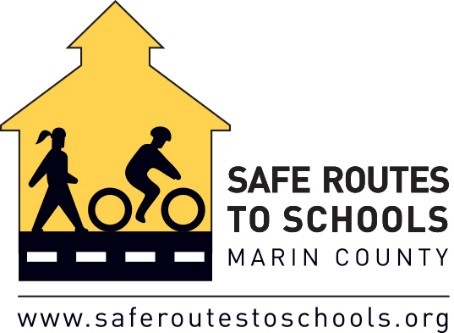 Safe Routes to Schools aims to create safe, convenient, and fun opportunities for children to bicycle and walk to and from schools. The goal is to reverse the decline in children walking and bicycling to schools, increase kids' safety and reverse the alarming nationwide trend toward childhood obesity and inactivity.

The Novato Safe Routes to Schools Task Force meets quarterly and meetings are open to the public.