In response to the growing need for military air defense in the 1920's, a parcel of Novato farmland on the San Pablo Bay was chosen as the future site for Hamilton Field. Constructed in the early 1930's and dedicated in 1935, Hamilton was originally established as a bombardment base of the 1st Wing of the Air Force.

Decommissioned and vacated in 1975, the former base now serves as planned community with residential, commercial, open space, and civic uses. Hamilton remains an important historical and community asset of Novato and Marin County.

--excerpted from Hamilton Field by the Novato Historical Guild

Check out our Hamilton Field History Museum for more information!

The Hamilton Master Plan adopted by the City for a 414-acre planned mixed-use community included the Hamilton Community Park designated for the former base landfill (Landfill 26) and adjacent former ammunition bunker area, comprising of about 81 acres. The former landfill and buffer area were retained by the Army (48 acres), and adjacent property was deeded to the City of Novato. 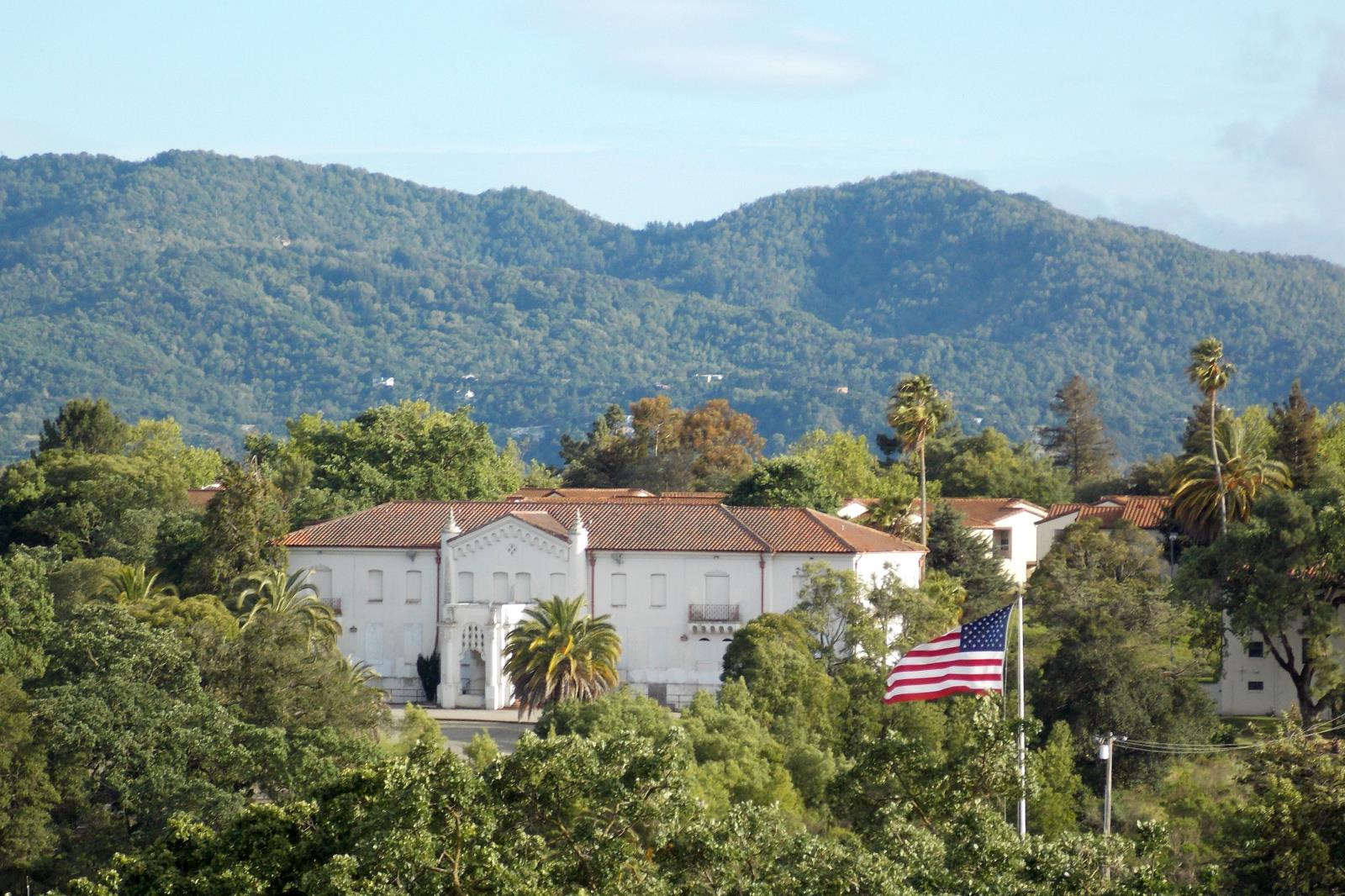 In 2013, the City hired a Director of Hamilton Base Reuse to maximize revenue potential from City-owned properties on the former Base, by soliciting developer interest to restore numerous historic buildings with the goal of continually improving the Hamilton neighborhood.

Since that time, the City has sold two sites for redevelopment, including the historic Hamilton Hospital which will be renovated for use as a senior care facility and the Hamilton Senior Triangle located on Hamilton Parkway for senior housing.

Additionally, the City is negotiating with the federal government to release several properties from deed restrictions that currently hinder their redevelopment. These properties include the historic Hamilton Theater and Officer's Quarters. If successful, this effort will permanently protect over 90 acres of undeveloped land in southern Novato from future development and allow for private investment in the Hamilton properties, facilitating their rehabilitation and revitalization. For more information, see Hamilton Field - Federal Lands to Parks Exchange. (Photo courtesy of Hamilton resident David Brewer)