Hamilton Air Force Base was decommissioned in 1974 and made available for redevelopment. The Hamilton Master Plan adopted by the City for a 414-acre planned mixed-use community included the Hamilton Community Park designated for the former base landfill (Landfill 26) and adjacent former ammunition bunker area, comprising about 81 acres. The former landfill and buffer area was retained by the Army (48 acres), and adjacent property was deeded to the City of Novato by the federal government for recreational use.

Hamilton Fields is a private development proposal submitted to the City for a 55-acre commercial recreation complex including four baseball fields, a tournament baseball field with bleacher seating for up to 1,000 spectators, two multi-use fields, a 50,000 square foot indoor sports training center, parking and other site amenities.  In addition, the project proposes a 12-acre neighborhood park including a youth baseball field, a youth multi-purpose field, dog park, water play feature, play structures, sports courts, and picnic facilities.  The development would be atop a former military base landfill on property owned by the Army and leased to the private developers.  The area has been planned for community recreationall uses since master planning for the military base conversion.  The project proposes use of City-owned property adjacent to the Army-owned landfill for development of parking for the commercial recreation project and for the neighborhood park facilities. 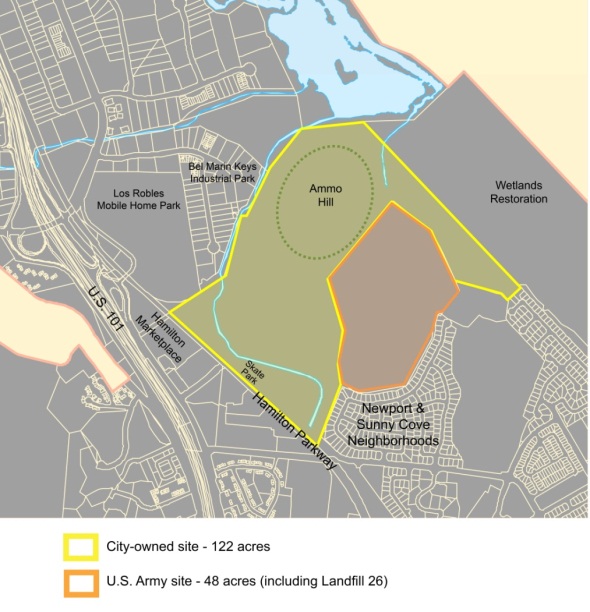 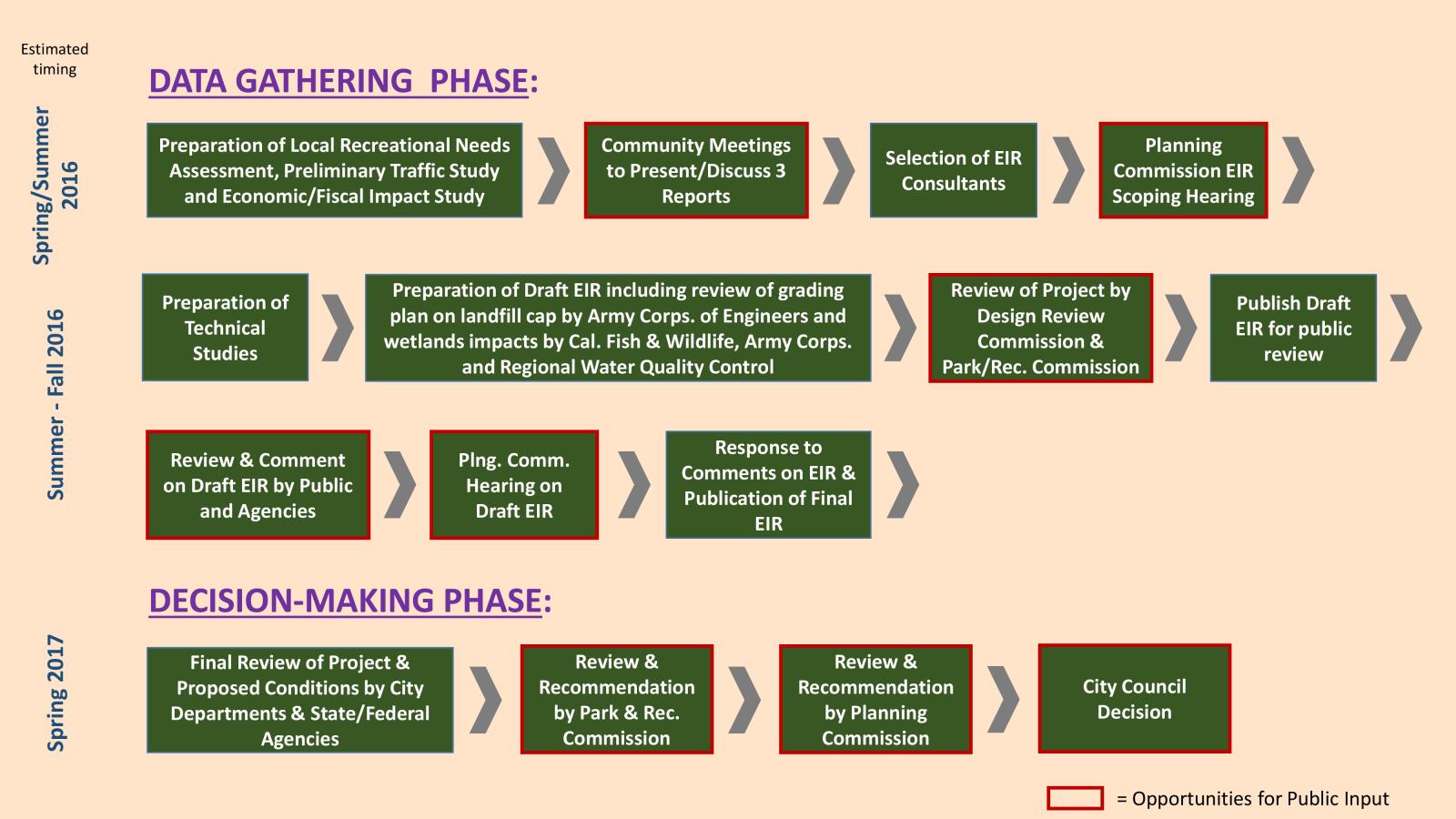 The planning process will include review and approval of a Master Plan (establishing the location and extent of permitted uses), a Precise Development Plan (including details of proposed structures and operational limitations), and design review of structures, landscaping and parking. An Environmental Impact Report (EIR) will be prepared by a consulting firm hired and directed by the City. The applications and EIR will be reviewed by the Design Review Commission, the Recreation, Cultural and Community Services Advisory Commission and the Planning Commission. These appointed bodies would make a recommendation to the City Council for their ultimate decision on the development applications and lease of the City-owned parcel. This public review process will include numerous opportunities for public participation, and typically takes at least 18-24 months for a project of this scale and nature.

As part of the City’s review process of this proposed project, a number of technical analyses will be required by the City and other regulatory agencies as part of our legally mandated application review process and paid for by the applicant. These studies will inform the City Council as part of their decision-making process.  These include study of biological impacts, soils/geotechnical (including grading atop the landfill), traffic, parking, noise, and light/glare, all of which will be analyzed as part of the environmental impact report (EIR) to be prepared for the project under direction of the City.

March 19, 2015 - An application was filed for planning approvals:

April 17, 2015 - Letter of incompleteness prepared by the City

June 11, 2015 - Resubmittal filed by the applicants in response to April 17 Letter of Incompleteness:

Sign up below to receive email notifications about Hamilton news and events.