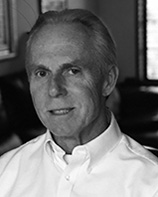 David retired from the North Marin Water District in 2018 where he served as Auditor-Controller for 31 years. Prior to working at the water district, David worked as a City Finance Director and CPA. He has served for over a decade on the Novato Citizens Finance / Advisory Oversight Committee and will be stepping down in order to serve the City in this new role. He also previously served on the Novato Chamber of Commerce Board and its Governmental Affairs Committee.

“We are grateful to have someone of David’s integrity and experience as we work to fill this critical role,” said Acting City Manager Adam McGill. “I look forward to the contributions he will bring to our team and our community.”

David, a Novato resident, will begin his new role on October 25, 2019. As a retired annuitant, David will be receiving $84.13 per hour without health or retirement benefits.