March 23rd features a performance by The Theory

Since the Northern California group’s formation in 2016, The Theory has quickly etched its unique sound into the Rock, Blues and Americana scene. The eclectically influenced band will inspire nostalgia, yet catch your ear with its originality and energy. Stripping down music to its core of finely crafted instrumentation and powerful, soulful vocals and harmonies, The Theory is on a mission to revitalize the essence and foundation of what makes music...music.  https://www.thetheoryband.com/ 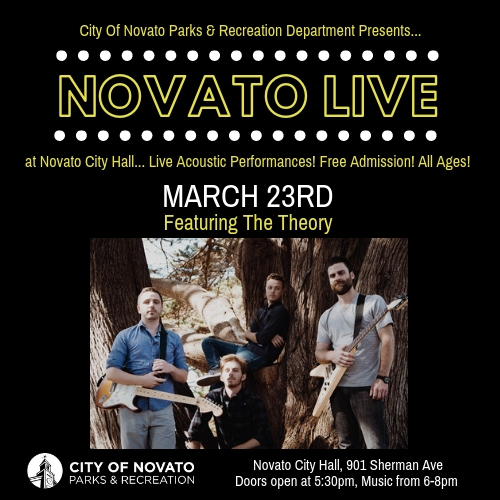